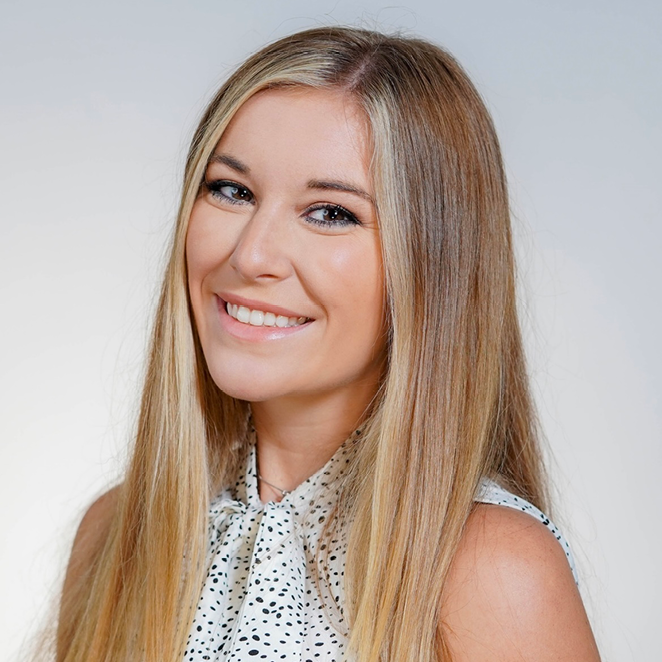 The Florida Magazine Association honors the life and career of Doug Damerst by awarding a $1,000 cash prize to an exceptional student majoring in the field of journalism/communications. During his 10 years as the editor-in-chief of Florida Realtor magazine for the Florida Association of Realtors, Damerst set an award-winning standard for the Orlando-based publication—a standard he held until his passing in 2014.

The winner of the 2022 Doug Damerst scholarship is Avery Lotz.

What inspired you to pursue journalism/communications as a career?

When 18-year-old me declared a major in journalism, I knew I wanted to write. I knew I wanted to tell stories. I knew I wanted to help people. But I didn’t know what it meant to report — how to forge the backbone of a story. In what I believe was my third article for The Independent Florida Alligator, I was tasked with investigating a homeless encampment that had been bulldozed by local law enforcement. I searched for records, I spoke with activists and I wrote what I thought at the time was an informative, complete article.

My editor quickly proved me wrong. It wasn’t law enforcement who had their only belongings crushed beneath the weight of construction equipment. It wasn’t local activists who were treated as second-class citizens. Public records couldn’t tell the whole story.

“You need a resident,” she told me. “Give the story a human face.” Now, I am the editor who sends my reporters back to find the human face, and I will forever be grateful to the face of my homeless encampment story. She made me a journalist.

Our conversation probably lasted 40 minutes, yet she made me feel as if I had known her my whole life. When I closed my eyes, I was in her tent with her, my ears assaulted with the calamity of sirens and screams.

When I read that article now, I cringe at my amateur lede and transitions (or lack thereof). But something remains strong. There’s something I can still be proud of: the face of the story. We remained in touch. And what she told me one day inspired me to pursue journalism as a forever career: She confessed she told me her story because she trusted me.

When journalists can inspire trust in our sources and in our audiences, the impact can be exponentially beautiful.

What are your professors telling you about the future of our industry?

Multimedia Reporting at the University of Florida is one of those classes that sticks with you forever. I remember the tears when sources canceled just before the deadline. I remember the elation when my stories smiled back at me from the home screen of WUFT News. But most of all, I remember what my professor, Herb Lowe, taught all of us about the future of our industry. In Multimedia Reporting, I learned to be what one of my coworkers at CNN called “a one-journalist band.” As the media world converges, the lines between journalism jobs seem to blur. You wrote a solid digital piece? Perfect. Create an audio wrap and a data visualization for it. You took excellent pictures of a source? Sounds fantastic. Bring the photos to life and make a package to accompany it.

Thanks to my time at WUFT and my education in the College of Journalism and Communications, I possess a different perspective than some other student journalists I’ve met elsewhere. I’m not just a print reporter. I’m not just a narrative storyteller. I’m not just a digital editor. I’m a journalist who will tell a story with whatever media suits it best.

The future of our industry is multimedia. It’s visual. It’s audio. It’s longform. It’s a Tweet. It’s everything in between.

Which interviews/stories have had the most impact on you so far?

It was 8 a.m. on American Beach, just North of Jacksonville. Sparkling waves crawled toward my source and me, beckoning us closer to the tranquil sheen. My source trotted into the whitewater, void of trepidation with her cherry-colored surfboard secured beneath her arm. I exhaled and tightened the surfboard leash around my goosebump-covered leg. How did I end up here, doing an interview from the middle of the ocean in a winter sea? With no wetsuit, might I add.

Past the sandbar and the shore break, our voices danced over the sound of the gentle lapping of the saltwater. I had led two interviews with this source already, but here, in the place where she felt most at home, she opened up in a way she had yet to before. We spoke about generational trauma, about racism and microaggressions she had experienced and about what it felt like to be the only Black woman at her home surf break.

That’s not to say that every impactful interview I’ve had has been in an unconventional location. As a student journalist growing during the COVID-19 pandemic, Zoom was sometimes the only option to connect with a source. But when interviewing sources across the country, it wasn’t necessarily a bad one. One story I wrote in the peak of COVID proved that.

A local school bus driver died after a battle with COVID and a lack of transparency from school management. I stifled my own tears as I spoke to her son about the impact she had in her decades working for Alachua County Public Schools. I wondered: Where are those children she impacted now? Some were still local students, but others had grown up, moved and had families of their own. Yet they never forgot her.

From my dining room table in Florida, I was able to connect with former ACPS students across the country to remember “the mother of all bus drivers.”

In every interview I conduct, I aim to do more than just cipher information for myself. I hope the interview will help the source as well; I want it to teach them something about themselves that they perhaps didn’t realize before or hadn’t thought about for quite some time.

What jobs do you want to pursue after graduating?

Currently, I am a newsgathering intern at CNN in the Washington D.C. bureau. I would love to make my way into the longform or enterprise team at CNN, should I have the chance. I also have a deep interest in the narrative nonfiction magazines of the South, from the Bitter Southerner to Garden & Gun. While I understand that the breaking 24/7 news of CNN differs greatly from the months of reporting that go into an extensive narrative, I am content anywhere I can report deeply and tell a story. Whether my path takes me to a magazine, to the features desk of a newspaper or even to a national news network, I want to fortify the passion that I have developed in my college years. This passion for people, intriguing places and powerful storytelling will follow me wherever my path curves.

What’s the best advice you’ve received so far about being a writer/reporter?

Professor Moni Basu, the founder of Atrium and the undebatable queen of magazines at UF, is  a goldmine of excellent journalism advice. Whether it’s a powerful anecdote she shares about reporting halfway across the globe or the (literal) magnifying glass she wields to seek out weak verbs, Professor Basu never fails to say or do exactly what the young reporter she’s working with needs. Sifting through her gems of advice to find a diamond is certainly difficult, but I think two snippets of wisdom have stuck with me the most: Find the person who has the most at stake, and add meaning to your words.

Seeking out the source who has the most to lose amid the story’s tension makes a narrative truly powerful. For a reader to understand the impact of an issue, they need to meet the person or people whose lives have been shaken by it. A good writer walks a mile in a character’s shoes. A great writer lends a pair to every reader so they can too — which leads me to my next point.

Professor Basu often repeats the famous E.M. Forster adage to differentiate between a story and a plot:

In her narrative nonfiction class, I learned that a storyteller does more than tell a story, as the title might imply. Instead, a true storyteller crafts a plot complete with characters, scenes, tension and, of course, meaning. When an audience reads your story, they should feel as if they are watching a cinematic masterpiece, complete with x-ray glasses to peer inside sources’ minds.

What would be your dream assignment?

The assignments that really fuel me fall into two categories: anything to do with politics and, the assignments that are ALWAYS given to me: the bizarre stories. An editor once jokingly told me my beat was “the bizarre.” And considering I’ve locked myself in a haunted jail cell for a story, created a zombie-human roleplay character for a piece and spent hours in a St. Augustine park with a source searching for treasure, I’d say that’s a fair assessment.

So, though I’m slightly embarrassed to admit it, my dream assignment would be to report on UFO research. Though I am a sci-fi nerd, that’s not the reason I’d be so fascinated with this assignment. Instead, it’s because it would merge my two favorite types of stories.

Journalists act as a kind of liaison between the complicated political world and constituents, encouraging transparency and clear communication. Yet there is undeniably a barrier of secrecy that reporters must navigate around, and if we were to connect with otherworldly beings, journalists would be necessary to build the bridge between politicians’ responses and citizens’ questions.

And, of course, it’s weird. But aren’t all the best stories? The unknown is what fuels journalists. Unanswered questions keep us up at night and prick our mind as we hunch over computers during 2 a.m. research. Perhaps I have an overactive imagination (OK, I definitely have an overactive imagination). But that insatiable wonder and curiosity have left every stone in my wake overturned; it’s made me get the name of every dog, cat and bird I’ve interacted with; it’s made me a journalist.